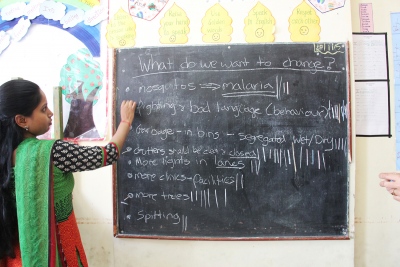 The children vote to choose the five themes they will focus on designing solutions for. 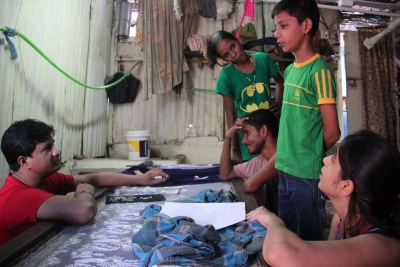 The children explain their designs to Mainuddin the handwork embroiderer 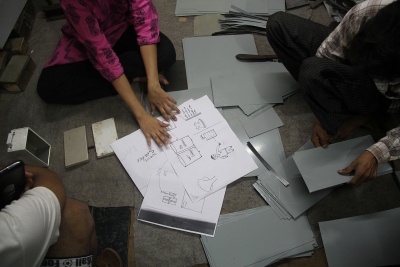 Explaining the recycling bin designs to the tin box fabricators 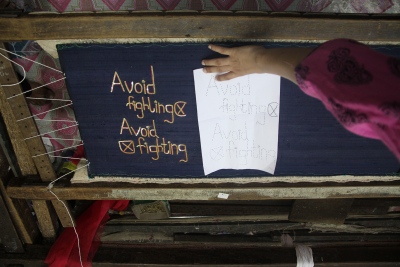 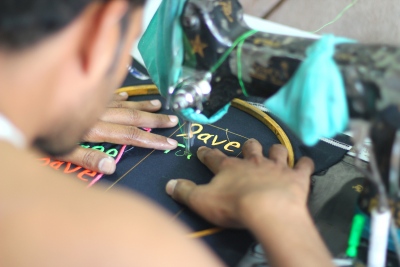 The children vote to choose the five themes they will focus on designing solutions for.

The children explain their designs to Mainuddin the handwork embroiderer

Explaining the recycling bin designs to the tin box fabricators 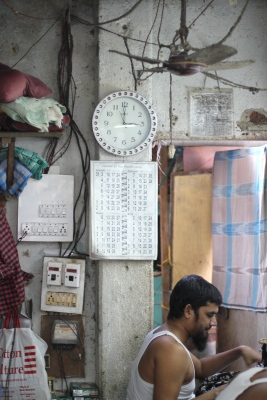 A view inside the machine embroiderer's workshop 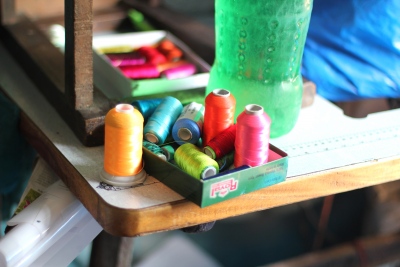 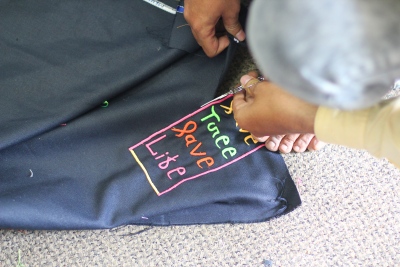 Cutting out a patch for the kitchen planter 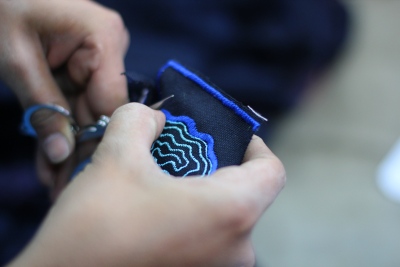 Cutting out a cloud patch for the kitchen planter 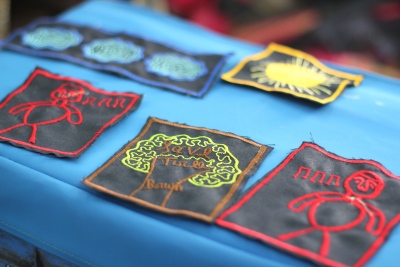 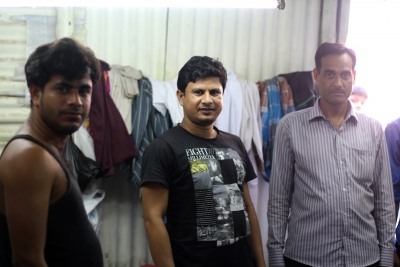 Mainuddin the hand-embroiderer and his colleagues 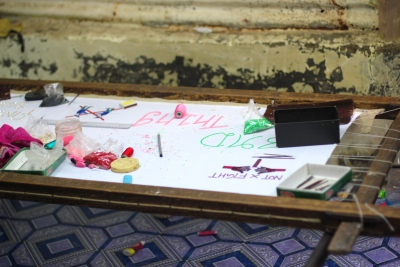 The 'no fighting' banner during fabrication 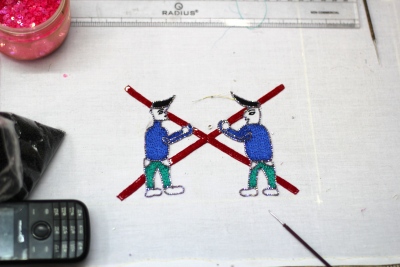 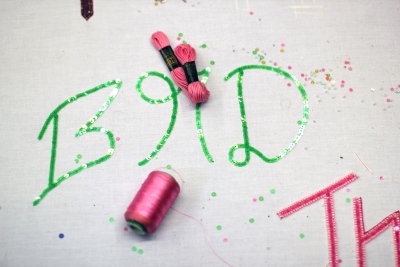 Sequin embroidery on the 'no fighting' banner 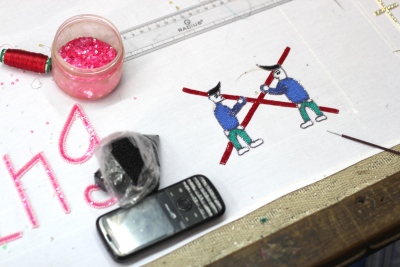 Vivek's design for the 'no fighting' banner 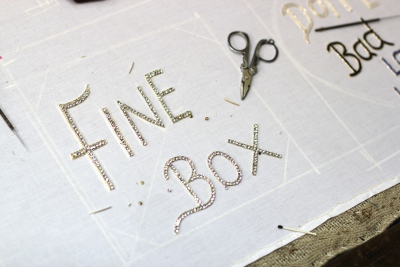 Sanika's designs for the fine box badges being hand embroidered 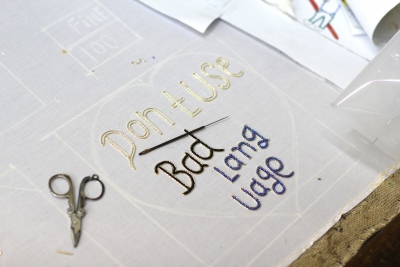 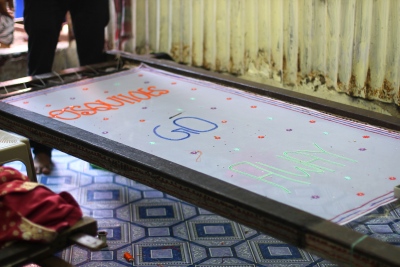 The mosquito net door mounted on a frame for hand embroidering 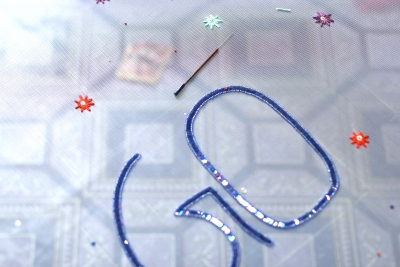 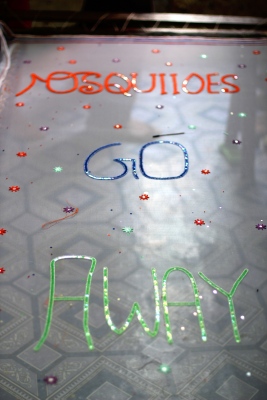 The mosquito net door during fabrication

What would the children like to change in Mariamma Nagar? What issues had they highlighted while making their map that they would like to revisit? They identified important themes: Mosquitos bite and spread disease, making people sick; inhabitants fight and use bad language making them feel uncomfortable outside their homes; they thought garbage should be stored in bins and separated for recycling, rather than on the ground making the environment untidy; open gutters should be clean and closed, because small children can fall in them and be hurt, rubbish blocks the drains causing flooding in Monsoon, and mosquitos breed in stagnant water; more clinics and facilities (such as WC's and water points) are necessary to make inhabitant's lives more comfortable; there are not enough trees and green spaces, that would help make the air fresher and the place more enjoyable; and lastly, people spitting on the ground made the children feel uncomfortable and spread disease.

We held a vote to define the five most important themes, and chose: Mosquitos, fighting and bad language, garbage and recycling, gutters, and more trees. Combining the craft audit findings with chosen themes, the class split into five groups of their choosing and began brainstorming how they might use the materials and making practices found locally in the settlement to remedy the issues they had highlighted. They often referred to the importance of creating a safe environment for children younger than themselves, and the project began to naturally develop distinct notions of empathy and solidarity. The children demonstrated their care for their community and their sensitivity to and awareness of their learning environment, through the choice of these themes relating to well-being and health.